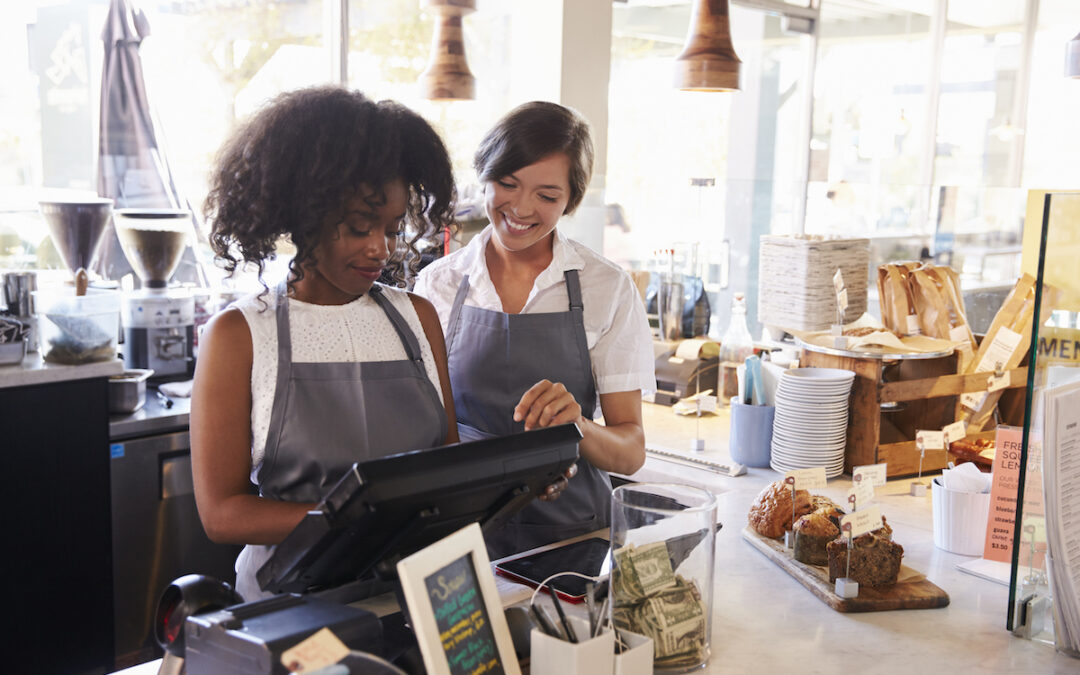 What’s the secret to leading frontline teams? At a recent Spark Session, we asked Tony Weisman, Advisor and former CMO of Dunkin’, Norman de Greve, CMO of CVS Health, and Lindsey Goodchild, CEO and Co-Founder of Nudge, for their thoughts. And they delivered!

1. The labor crisis is still raging – but not for the reasons you’d think

The biggest challenge when it comes to leading frontline workers? “Finding enough of them,” says CVS Health CMO Norman de Greve. “We’re out looking for another 25,000 people.”

But while actually finding workers is a challenge for frontline and deskless organizations, the trickier hurdle is getting them to stay. “Fundamentally, you’ve got to create a place that people want to work at,” says de Greve. “You’ve really got to think about what’s the environment you put them in? And how do you connect with them?”

It’s what former Dunkin’ CMO Tony Weisman calls “the pressing reality of finding, keeping, and inspiring.” And while the pandemic is undoubtedly the cause of this labor shortage, it’s not just about government subsidies and safety concerns – it’s also about a radical shift in the way the world works.

“Work has changed in the last couple of years at a rate that none of us expected,” explains Weisman. “I love deskless as a term to describe the new type of work that’s done by millions of people in thousands and thousands of different ways. And because there’s all those opportunities for people to have a lot more flexibility over their own scheduling, the type of work, where and how they work, that’s led to a problem. Which is that people are pickier and moving around more. Not just between jobs – but between cities and lifestyles.”

2. We’re at a tipping point for for the frontline employee experience

When discussing the importance of innovation in frontline organizations, Nudge CEO Lindsey Goodchild talked about how happy she is to see new technology and new investments being placed on companies that are focused on serving the deskless workforce.

“It’s really exciting, because traditionally, venture capital is not really flowing into the deskless space,” says Goodchild. “But in the past two or three years, that’s significantly changed. There is so much opportunity for innovation.”

And employees are starving for this innovation. “They see a huge opportunity for technology to come in and help make a difference,” says Goodchild. “We’re at this really exciting tipping point where everybody’s recognizing that 80% of the world is deskless, and the technology investment there has been less than it should have been. But I think that the last 18 months have shown us so many opportunities. And so I think we’re just at the beginning of a lot of new, new, new when it comes to technology for this space.”

The panel discussed how the deskless workforce’s hunger for technology and innovation also speaks to the evolution of how people process information.

“We have 180,000 people in our stores. The average person working in our stores is a millennial – and they process information fundamentally differently. But our technology systems, like most companies, are built up for legacy systems,” explains de Greve. He used sharing company values as an example of how ineffective communication can be when you pair legacy technology with the modern frontline:

“Here’s what could happen. We communicate our values to our frontline, it goes into like some Times new Roman font on a to-do list – like, here are the new values. And then it shows up on a screensaver of some cash register. And like, let’s just be honest, that’s not going to do anything. But if you had the ideal world, where like you were demonstrating your values in a social media interface, where people could see how you’re really committing to them over and over again, it’s visceral. It’s connected to them in a way they process information today, and they would believe you a lot more. So technology can help you get there a lot faster than the traditional way.”

3. The future of frontlines: high-tech and empathetic

Technology was a common discussion point throughout the panel – as was our speakers’ excitement around where these new innovations will take us in the coming years.

“I think that we are about to enter an era where the real and the virtual really are starting to come together in meaningful ways,” says Weisman. “Look at this conversation we’re having right here, compared to what it would have been like two years ago, on a dial-in conference call. Now, that’s not to say that this is a replacement for being in a room together, but if you think about where things were, we’re moving. And I think that the people who are responsible for creating technology going forward are becoming even more and more aware of the importance of making it feel human and empathetic and connected. If you’re in the world of using technology to solve problems, I think this is an exciting time to be doing it.”

“No matter the industry that you’re in, we’re just entering a new era of how we do things,” adds Lindsey. “And I think they’re going to be more human and more fun. I think that the future is really bright. As much as the last year and a half has been really difficult. I think at the end of the day; it has pushed us all in different ways. And those are skills that we’re going to carry forward.”

4. The biggest mistake leaders can make: not walking in their frontline’s shoes

When asked what their most cringe-worthy mistake was as a frontline leader, the speakers were quick to answer: “assuming you can walk in their steps when you haven’t,” said Weisman. “And there’s an awful lot of communication that comes out in email that sounds like it was written by a lawyer that lands with a thud to a deskless worker, who immediately knows you have no idea what they’re up against, no idea how to communicate with them, and no empathy. I see this all the time.”

“A number of years ago, we had this idea about the importance of empathy in driving experience and driving sales. I was really excited about this. And we did customer surveys and I had ‘Were you treated with empathy?’ put into the survey. And I thought, this is great, we’re going to really track this. And then when we went to roll it out and we talked to people in the field, they were like, ‘You’re finally going to measure what we always knew was important.’ My big new idea was actually just catching up to where they already were. And it’s exactly what we’re talking about: I wasn’t walking in their shoes.”

The solution? Be there with them. “There is no replacement for spending time side by side, in the aisles and in the stores experiencing what they experience,” says Weisman. “It’s profoundly helpful, both in terms of what you do, as well as for them believing that you are in it with them.”

If there’s one thing the past two years taught us, it’s that agility is crucial to the success of any frontline organization. But implementing it isn’t always easy. “The last 18 months really highlighted that it’s critical to prioritize adaptability and agility. Sometimes it’s been forced on us. With COVID testing and vaccines at CVS, we’ll get a call on a Tuesday that they’re going to release something on a Saturday, and the whole workforce has to pivot over to that. We wouldn’t be able to do what we’ve been able to do without being able to be adaptable, and without being able to connect and communicate really rapidly.”

de Greve also shared a lesson from United States Army General Stanley McChrystal: “He ran special operations in Iraq. And he talks about when you really need to move quickly, you need to expand the number of people getting communications in one step dramatically. So he would have a phone call, and there’d be like 3000 people on a phone call, because he wanted everyone to hear what he had to say now, and not have a cascade through. So I think it’s really important.”

6. The secret to building trust with a skeptical workforce

A challenge that organizations face when connecting with their frontline is generational divides.

“If we talk about the Millennial generation, they’re the most skeptical generation,” says de Greve. “I’m a Gen Xer, so I like to think Millennials are even more skeptical than we are. They really are skeptical of what corporations say. So just because they work for you, they still might not believe you. They’re skeptical of everything. And so when you say something is important, when you say you’re going to go a certain direction, when you say you’re going to do something for them…you can’t just do one little thing and disappear. You have to do it in a consistent way, because they live the reality of your decisions much more than what you say. I think it’s very hard to build trust in a workforce that turns over rapidly and is suspicious of your motives to begin with. And I’m not saying we can’t do it. We should do it. We should follow through. I just think it’s a very hard thing to do.”

Weisman offered a few tips for connecting with a skeptical workforce: “One, if you do something that didn’t work, admit mistakes. Nothing carries more profound empathy and connectivity than admitting mistakes. Two, pick a couple things, and do a couple things well. Be honest and consistent in them. There’s no greater value I think you can do for your workers than to edit down what you expect from them. Do the hard work and say, you know, there’s a lot of things we all would love you to do, there’s a few things we would really like you to do. And hopefully that comes across as being respectful. And then you go from there.”